A city is a process that expresses itself in its dynamism through the centuries. The plan of a city requires interpreters and transcribers, who can at any time betray the original conception, diminish its tension, hinder its development. It could be said that a town planner needs, among many other qualities, also a good dose of luck, as his inspiration must be understood, shared and concretized by posterity for various generations. But luck depends first and foremost on the strength of the initial artistic intention: from the resistance that the plane opposes, for its intrinsic coherence, to those who want to undermine it and, together, by its degree of receptivity to the building contributions that integrate it over time. Ferrara is, in this sense, a unicum. Biagio Rossetti’s plan shaped its face and structure for centuries. *

Ferrara is conceived by the mind of a man capable of a perfect balance between the tendency towards abstract rationalism and banal empiricism. While rejecting the theories of Filarete, celebrated by the culture of the period and much appreciated by the lords, and by organically resolving the union of the ancient city to the new, Rossetti instills a profound classical spirit to his work. The Albertian flavor of commingling between knowledge of the medieval tradition and the way of working with the old permeate the project of the Herculean Addition. In particular, the urban design clearly expresses the attention for the tradition of classical Romanity.

The reference to castramentationem is evident from the preparation of thistle and decumanus. It is no coincidence that the pivotal citizen, deviating from the canonical orthogonality, identifies the same direction as that of the Roman castro in the ancient nucleus. A clear tribute to the chthonic gods?

The eidogenesis of the castro is strongly linked to the measure, to the rational control, to the possibility to orient oneself with safety in a world almost without vision from above.

From the crossroads of the Palazzo dei Diamanti, the new geometric city center, the main axes branch off, finding a solution of continuity in the doors near the walls: equidistant from the origin. The exact half of this distance accurately identifies Rossetti’s architectures; to the north-east, along an imaginary line connecting the Punta della Montagnola, the church of San Cristoforo alla Certosa, to the east the church of San Benedetto while, to the south, the Este castle contends the polarity of the Palazzo dei Diamanti. From this, to the middle of the radius that inscribes the city, meet Porta Paola and the church of San Francesco.

It is also possible to identify the construction of an “astrological square”, a birth theme by Pellegrino Prisciani (councilor of Ercole I d’Este), to draw the trend of the city walls to the north. This configuration would see the center of the new city as acme of the astrological theme.

The center, a cross between the two principal axes, is the origin of a precise ordering theory of the world; a theory dear to classical Romanity, used to take possession of the territory through a system of centurization; cataloging of agricultural land with reference to cardo and decuman citizens. The square becomes an expression of the earthly dimension, of spatial three-dimensionality, opposed to the “nunc fluens” of the celestial vault. Square, symbolic form, which originates from the work and the dimension of human and animal fatigue: the juger indicates the arable surface of two oxons “yoked” in a day.

Rossetti, having to make his plan commensurable and easy to the habitual spatial experiences of the Ferrarese, chooses, as a fundamental unit of measure, the Biolca.

This ancient unit of measurement from Ferrara, parallel to the Roman one, expresses the area of ​​land that can be worked by a farmer (bifolco, bifolca, biolca). The medieval tradition, no stranger to modular dimensional relationships, thus provides the matrix for measuring the entire plane of the Addition. The fundamental unit and all the connected submodules can be found in the development of the city up to the present day. The same Palazzo dei Diamanti occupies an area equal to one module. Seven modules precisely identify the monuments mentioned above, while the doubling inscribes the entire city. Counting ten units, on the maximum cardo, we meet the Gate of the Angels.

This dense conceptual framework structures the strength of the Rossettian project and constitutes its geometric backbone that houses infinite conceptual refinements and masterly architectural solutions.

Any architectural project can only observe and be inspired by this clarity, drawing life from the peculiarities of this urban form, unique in the panorama of European cities.

* Bruno Zevi _ Knowing how to see the city 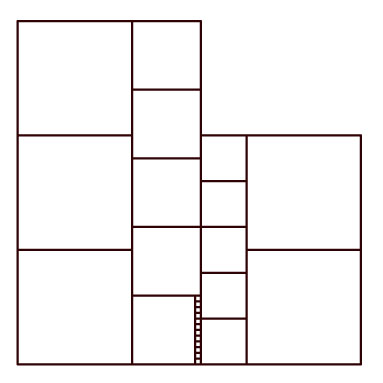 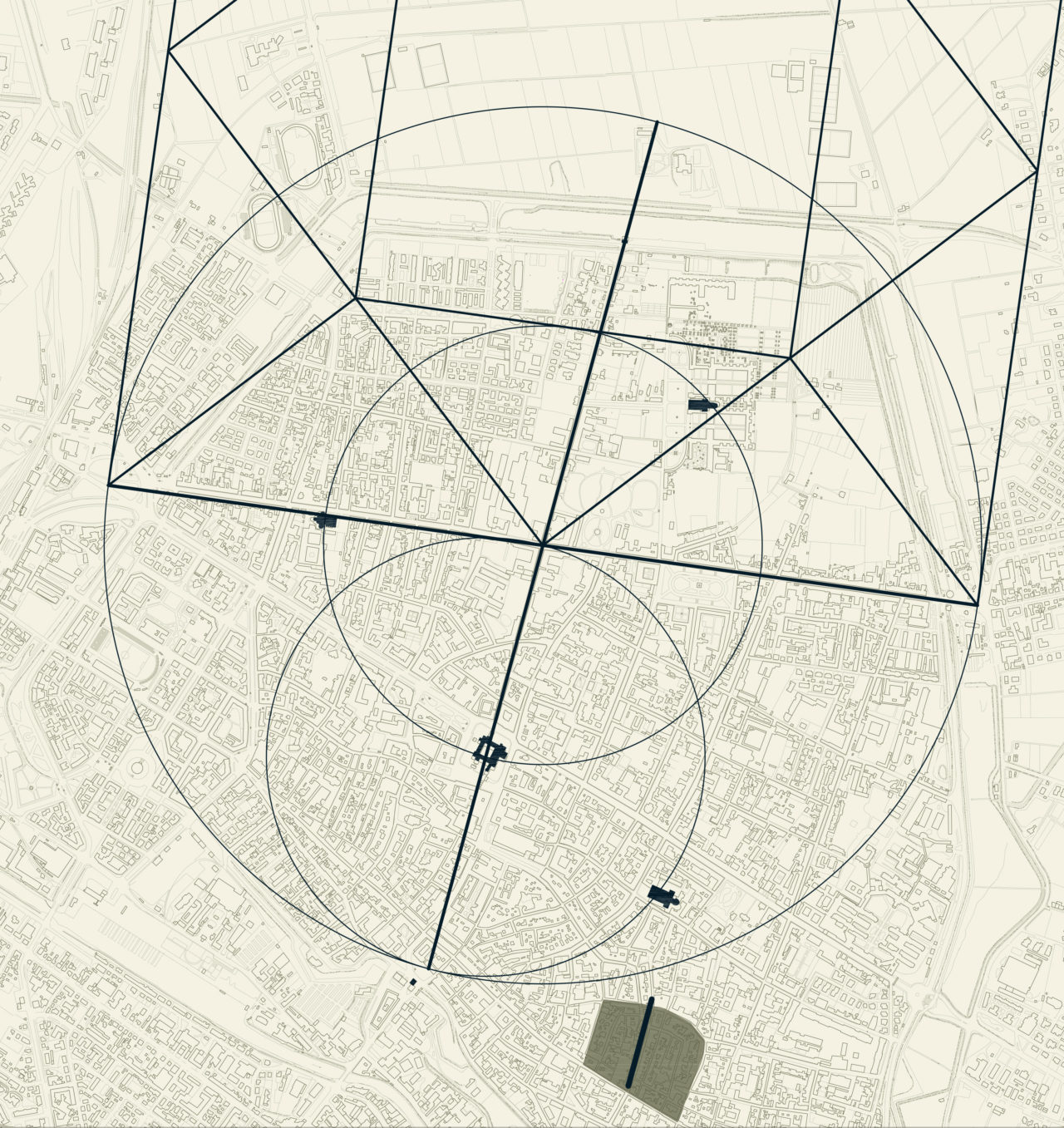 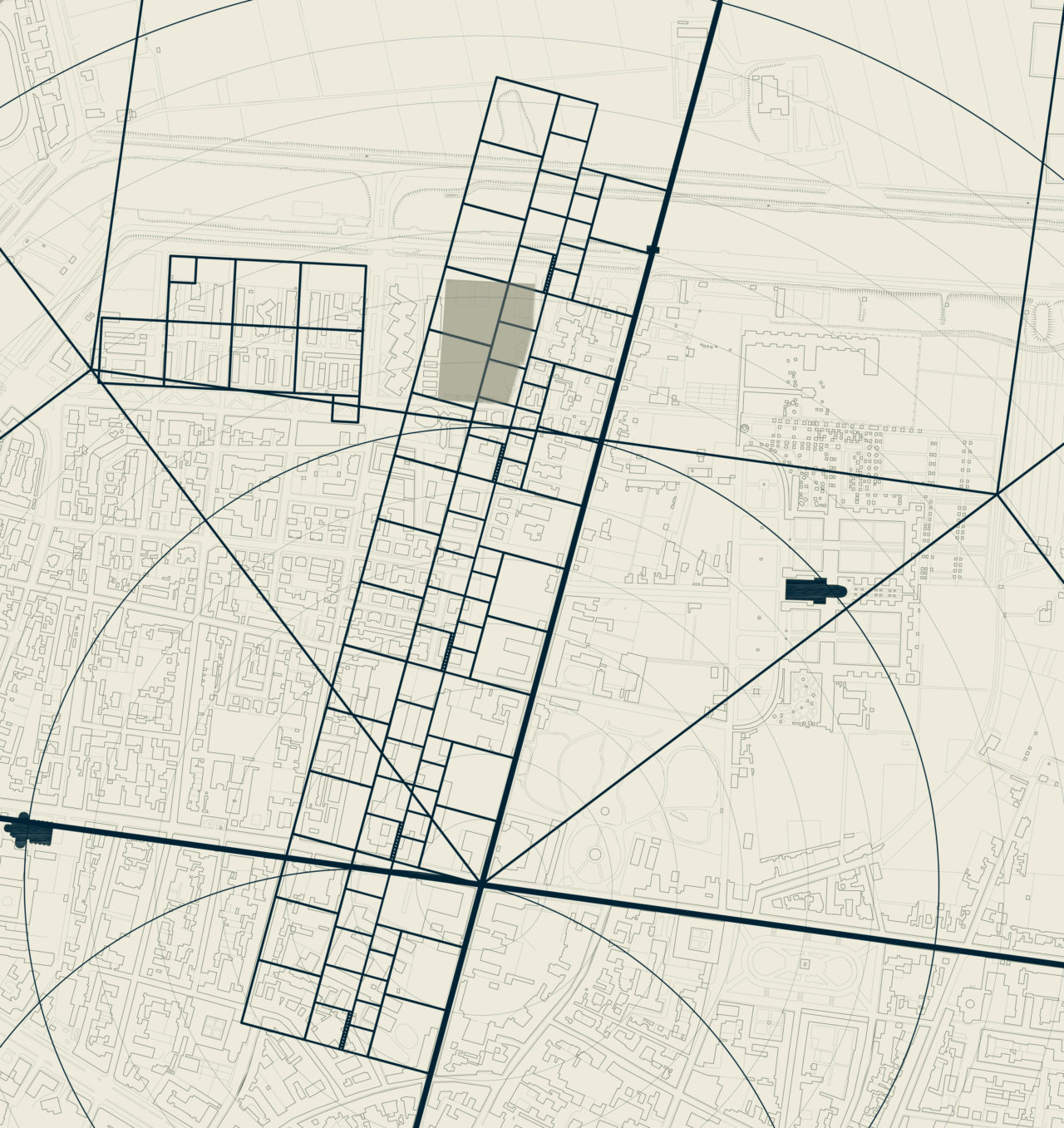 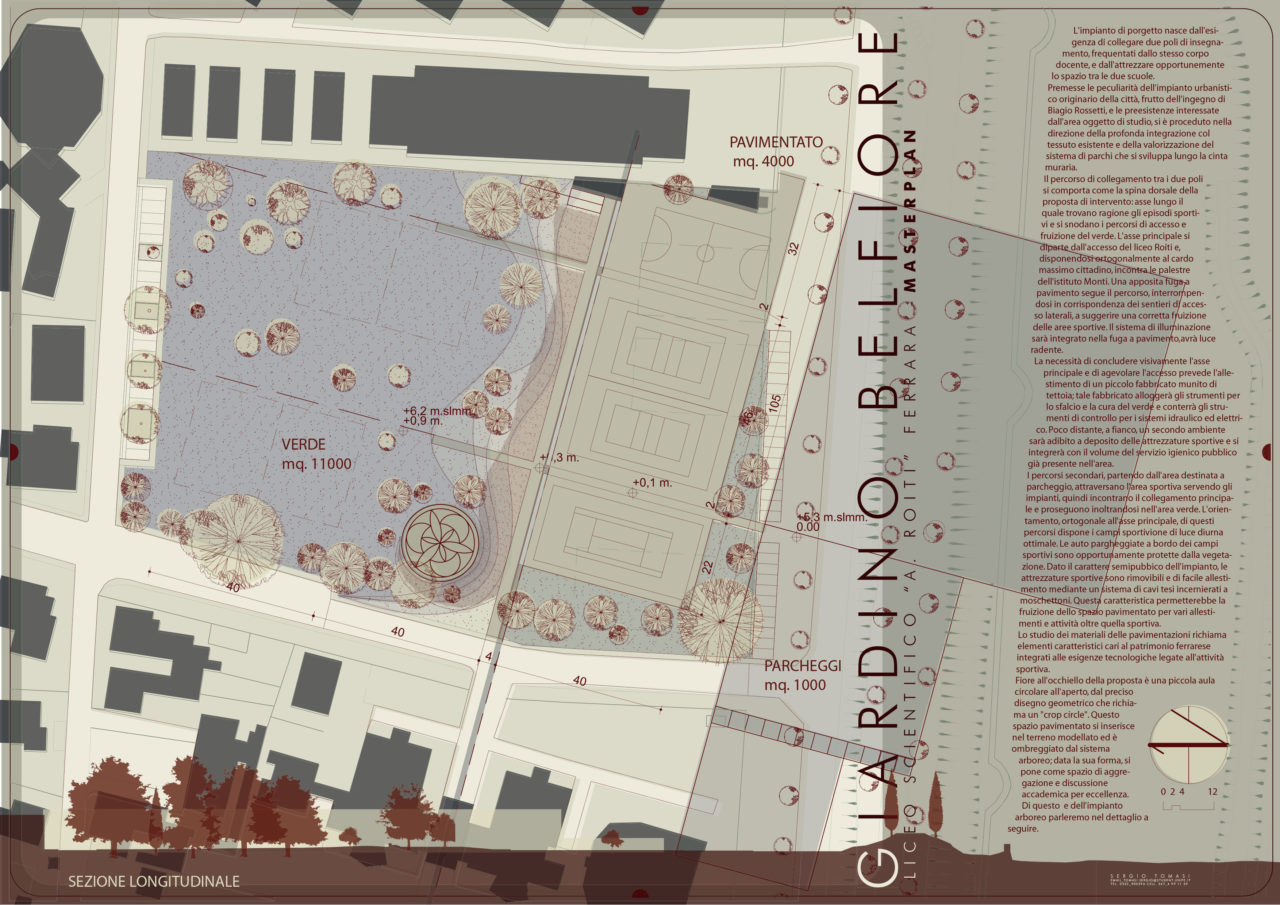